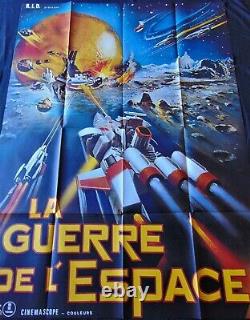 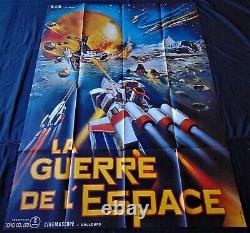 The war of space the war in space wakusi daisenso 1977 france modele b poster. Original cinema / one sheet poster original.

Folded / folded no rolled. You buy what you see! This is not a "re-print" or a "reproduction" or a "print". This is an original poster produced by and distributed by the studio to be displayed in the theaters to promote the movie. They are standard based on the number of items ordered. Kensaku morita yuko asano masaya oki ryo ikebe hiroshi miyauchi william ross. Kensaku morita as koji miyoshi, duty officer, united nations space office. Yuko asano as june takigawa, united nations.

Susumu ootani as unsf goten crew member c. Isao setoyama as unsf goten radar officer. Mammoth suzuki as the space beat. This item is in the category "dvd, cinema\ collectibles\posters, posters". The seller is "frenchcinemacollector" and is located in this country: fr. This item can be shipped to the following country: whole world.