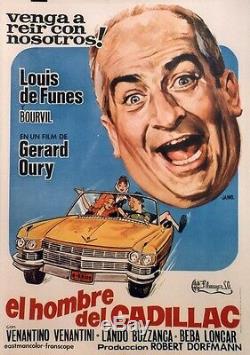 Friction can be found on the disk, but really should be lower. There should be no effect on sound quality record grading disk: An Almost mint record Virtually flawless, almost perfect. A very minor scuff can APPEAR on the record. This will Most Likely-have occurred During packaging, it shoulds Play Without Any noise over the flaw.

Minor impressions to the cover (due to the outer edge of the record resting inside) May be acceptable, HOWEVER the artwork shoulds be as close to perfect as can be. Disc condition: disk shows signs of having been played (sensitive luminous marks), but the sound quality loss is hardly audible grading record: the record shows Some signs of HAVING beens played, goal there is very lessening in sound quality state of the cover: the cover may have some slight damage and / or pleats. Cover grading: the cover and packaging might-have slight wear but excellent overall appearance.

Disc condition: it is the most common condition of resale discs. The discs have scratches that do not affect the sound quality of an annoying manner, but some are crackling + or - audible record grading: most common requirement for records. The record has-been Many Times played goal shows no major deterioration in sound quality, no wear marks DESPITE the occasional light state of the cover: the cover has obvious signs of manipulation: ends slightly horny, folds price tag. It may also be that it is in perfect condition but has a poinson or beveled end. Cover grading: Some cover shows hanling imperfection like normal wear and tear, price tag, creasing aussi ... Cover can be in mint condition purpose there is a dj promo copy or cut gold stamp in the corner. Disc condition: the signs of aging are present. You can notice Some clear wear on the surface there is some noise (pops and crackles) but no skips or major warps state of the cover: the cover is worn with folds, marks, separations, wear edges, discolorations, an early circular mark of the disc on the cover. Cover grading: cover Suffers from folding, scuffing of edges, spine splits, discoloration .. state disk: disk still in acceptable condition to be sold. Listening, he does not jump because of scratches, but the cracking due to wear are present, and surface scratches are visible grading record: the record can be put onto a turntable and will play through without skipping . Aim it will-have significant area noise and scratches and visible groove wear state of the bag: pouch pocket and under with many defects due to time and wear, especially on edge and sides.

They may be held by tape or covered with stickers cover grading: the cover or sleeve will-have seam splits, Especially at the bottom or on the spine. Tape, writing, ring wear or other defects will start to overwhelm the object. Disc condition: the sound quality is deteriorated by the many readings, there is breath, jumps and / or repeated and harmful crunches.

It is almost more distinguished record grooves grading record: the record has-been played so much que la sound quality Noticeably Deteriorated has-been, With Some distortion and mild scratches, skips or major warps state of the cover: the state of the cover is close to that of g with additional entries, a paper used because of the humidity, tears at the edges grading ... Cover: the cover and contents is torn, stained and / or defaced, and / or there aussi Can Be Some writing on it. Disc condition: the disc is not playable properly because of too many scratches and surface defects.

The disc can be broken; in this case it deserves its place in the catalog only if it is rare grading record: the record does not play Properly due to scratches, bad noise area, etc ... UNLESS it is something very rare it is not worth listing in this requirement state of the cover: the cover is very damaged with tears, traces and wear marks everywhere. Cover grading: the cover and contents are badly damaged or missing Partly.

Cover can aussi be missing. The seller is \This article can be shipped worldwide.